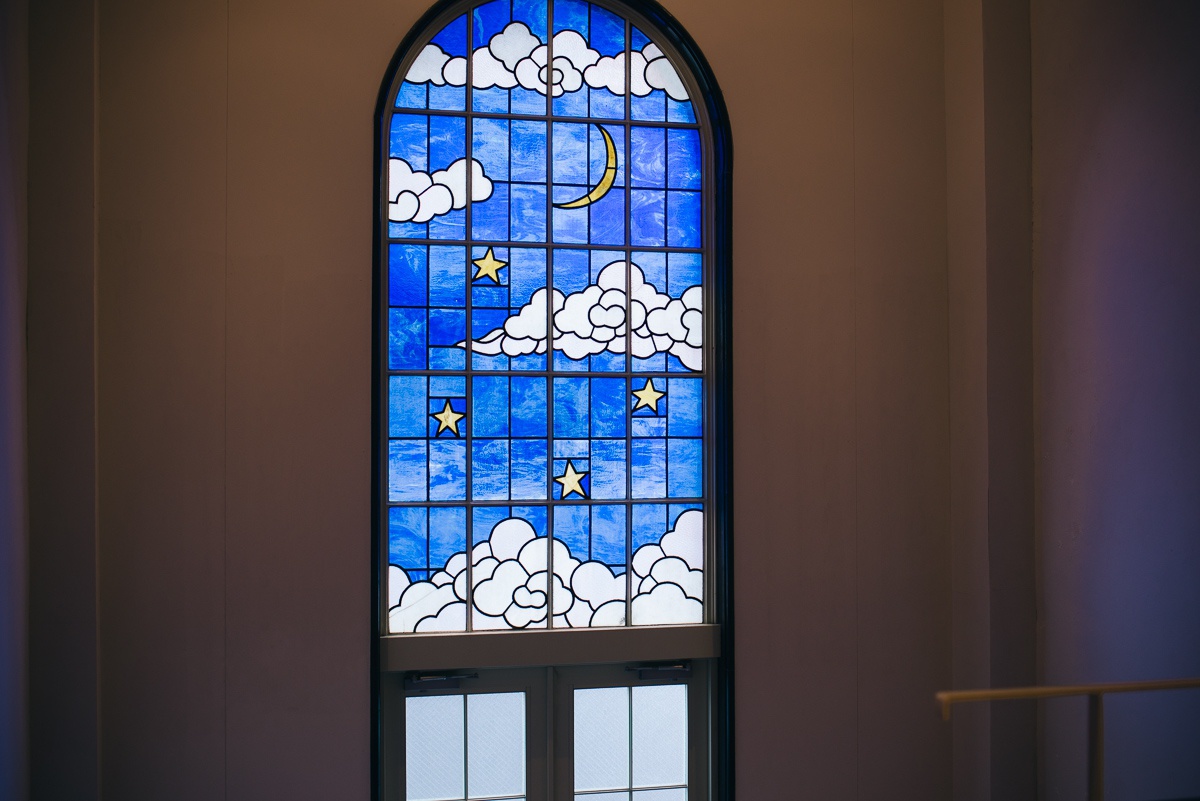 The weight of a long history 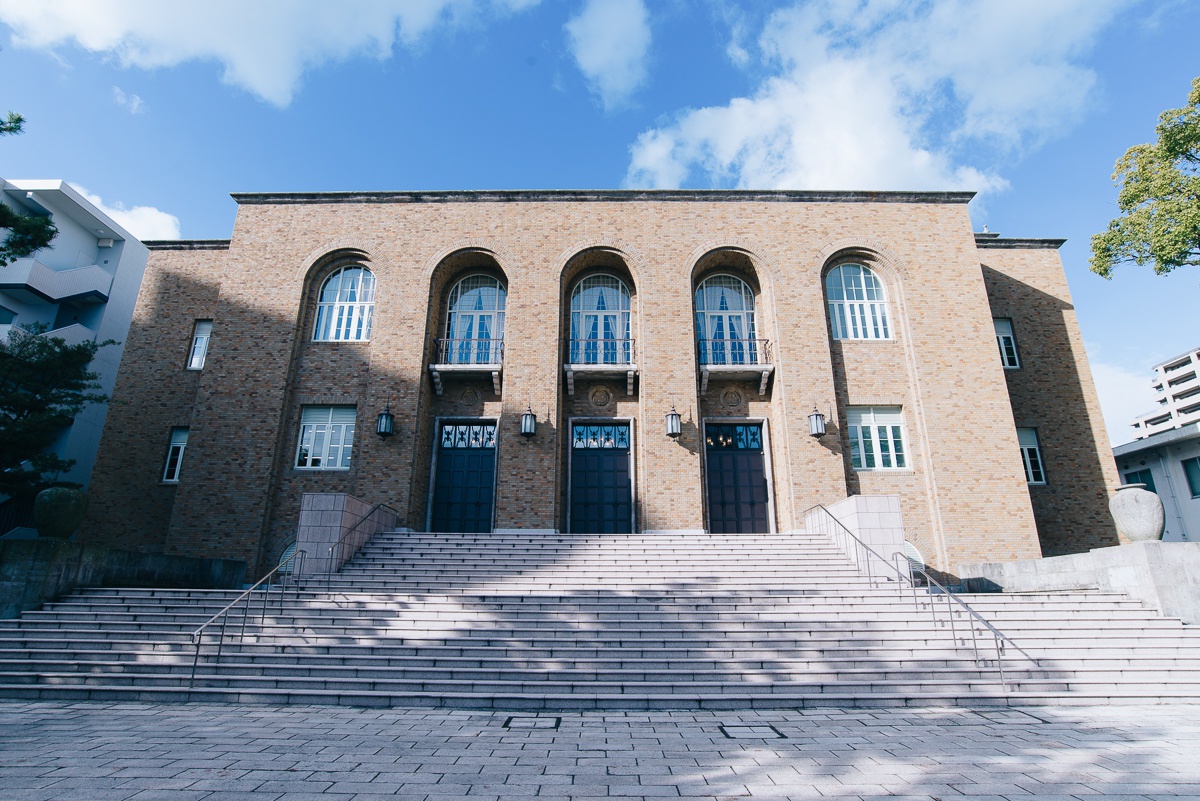 On a cold day I stood in awe before a majestic building backdropped by a bright, blue sky. Unlike most modern-day buildings, Beppu-shi Koukai-do, built in 1928, has a strong, imposing presence. The appearance of this building has changed many times over the years, but in February of 2016, the exterior was restored to its original form. The building’s architect, Tetsuro Yoshida, who is said to have brought life to modern Japanese architecture, was only in his 20’s when this modern structure was completed. Beppu-shi Koukai-do has been named by the local government as a Tangible Cultural Property of Japan. 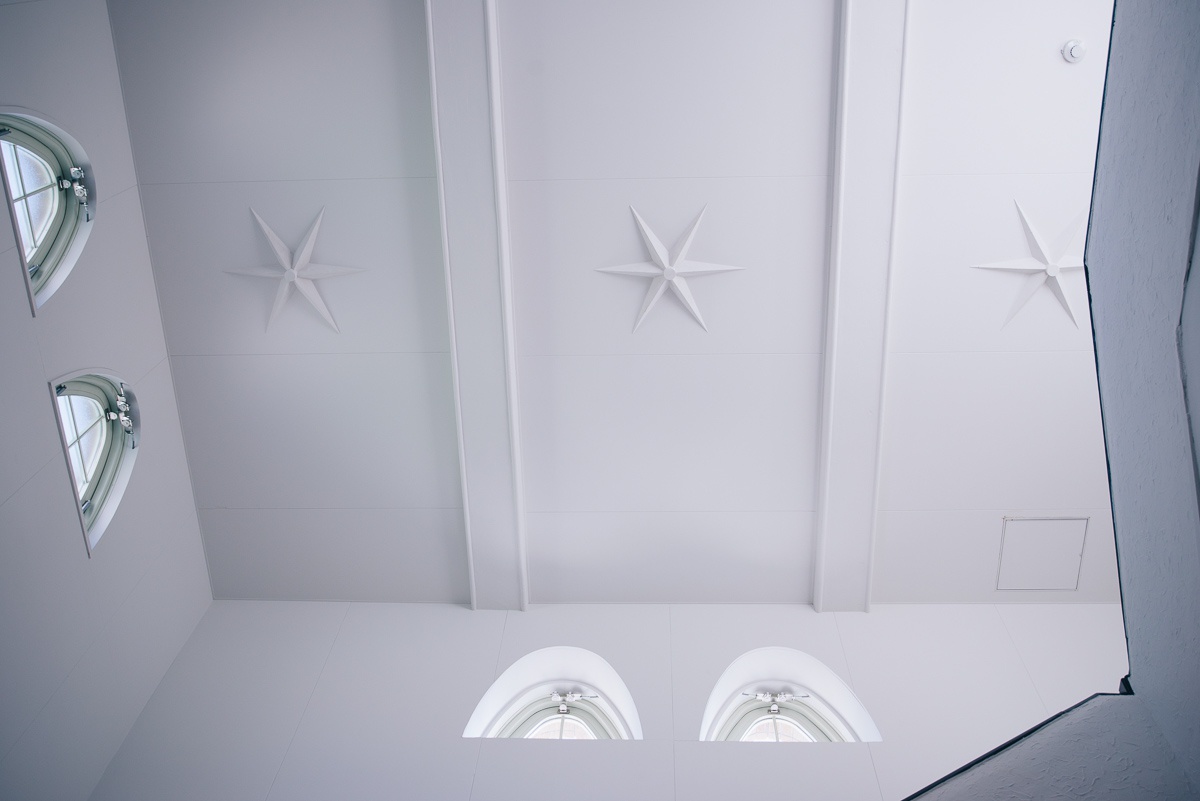 Even those who aren’t familiar with architecture will be able to appreciate the level of detail and care that went into this building. If you look closely you find many fairytale-esque adornments and accents throughout the structure. It is said that the architect, Yoshida, was very fond of arches and the motif of stars. Walking around the interior I was surprised and delighted to find stars in all sorts of places I wouldn’t have expected.

Looking up to the ceiling I found more stars in low relief. The doors of the hall as well have secret looking holes in the shape of a star. The handrails of the stairs draw flowing, organic lines through space. The hallways and windows feature arch shapes, and if you look up at the lights from below you will see the star motif repeated over and over. 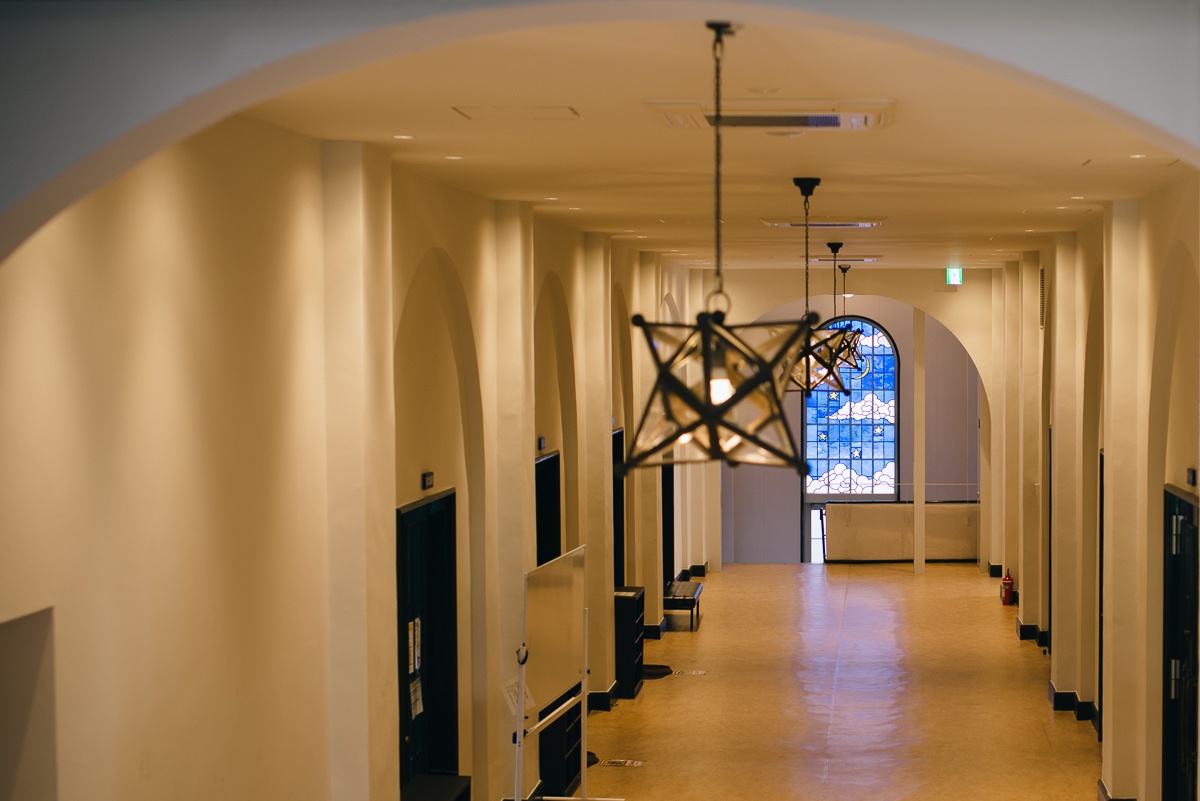 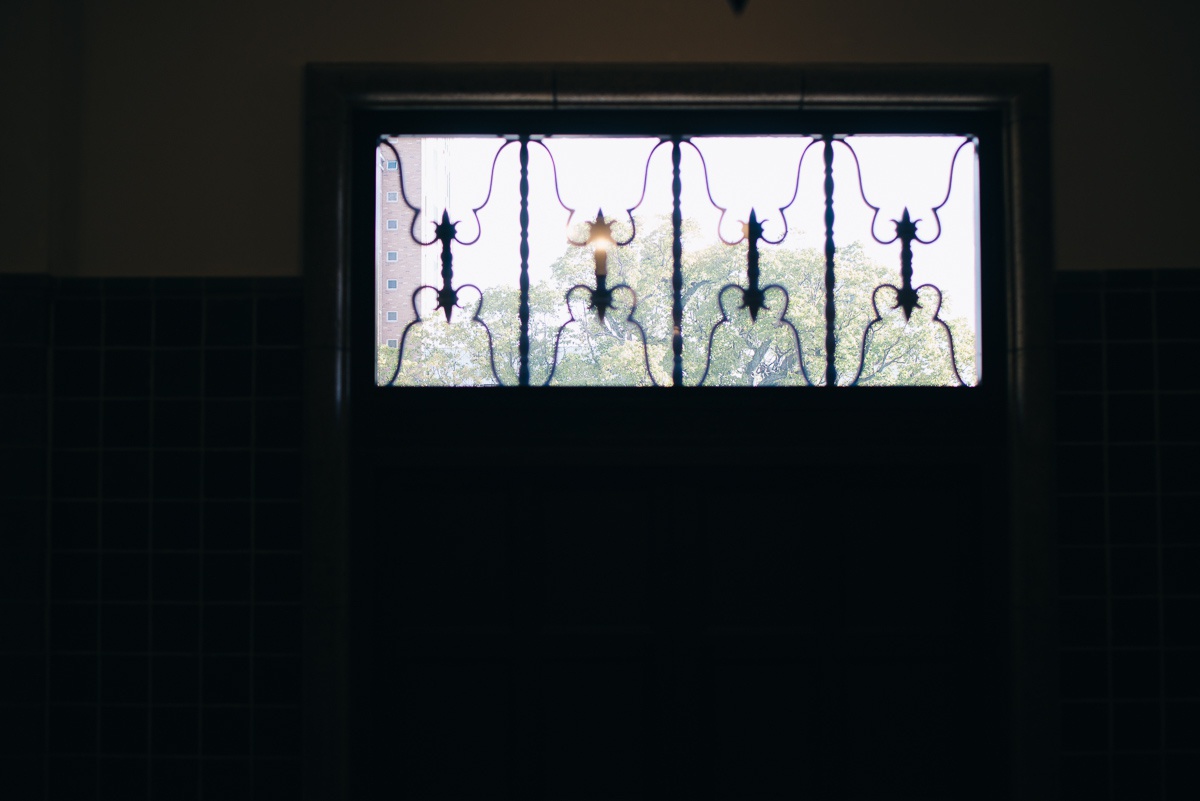 The interior of the building was filled with natural sunlight which poured in through the various arch-shaped and circular windows. The metalwork of the stained glass windows cast intricate shadows on the floors and walls which I found myself gazing at for some time. 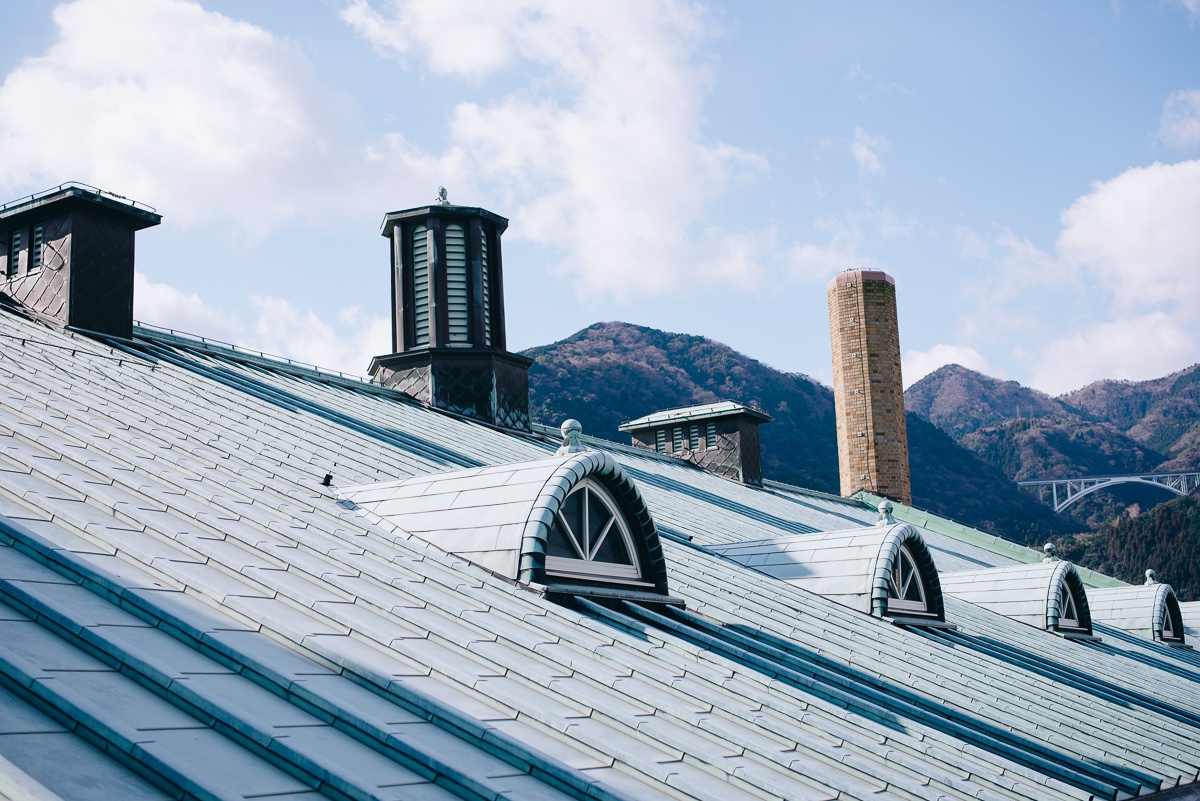 “Normally we keep the door locked but…” said Nagano-san* as he showed me to the roof of the building. A strong wind was blowing as we gazed out at a sweeping view of the whole city. I could see from the ocean to the mountains, all the way to the far end of Beppu Harbor. I noticed that along the walls of the building was a pattern of X’s and O’s laid into the brickwork. 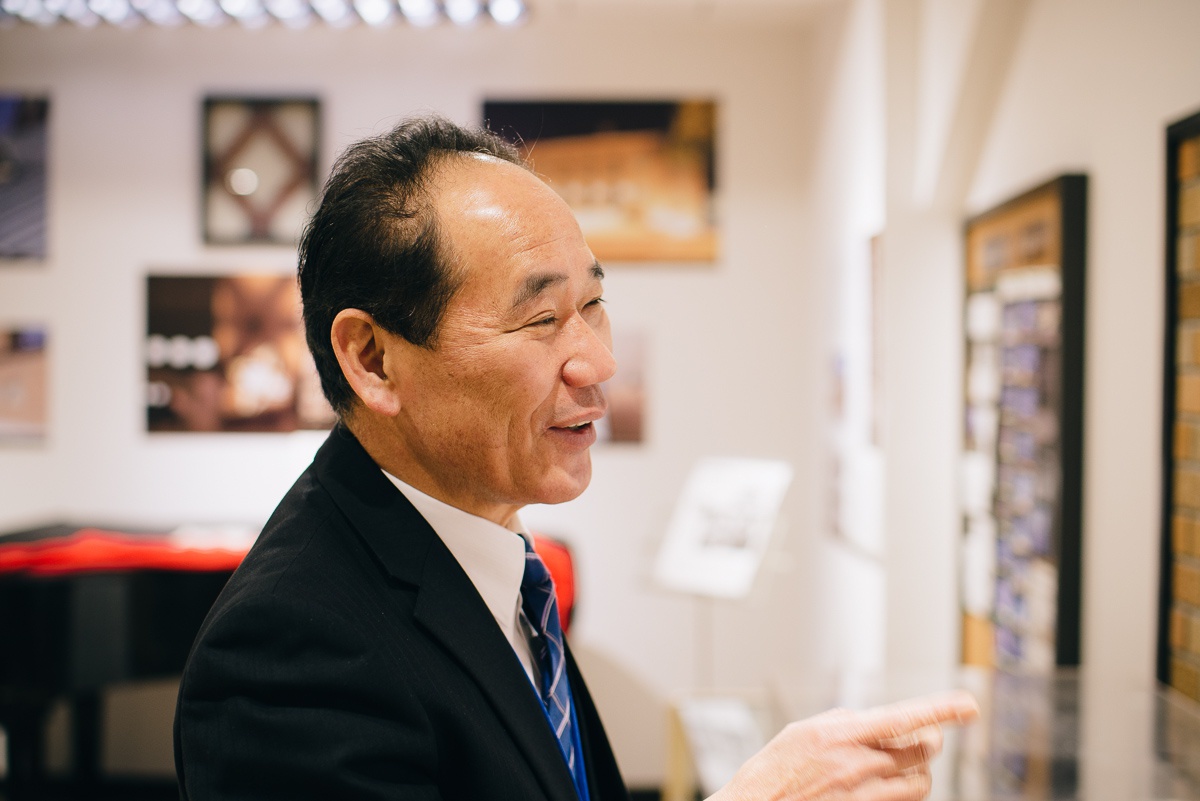 “After this place was completed, the architect, Yoshida, who was working as an engineer at the Ministry of Communications and Transportation, worked on a lot of straight-laced, creatively restraining jobs like the Tokyo Central Post Office. I think that Yoshida, who had the freedom to design Beppu-shi Koukai-do as he liked, filled it with many of the things he had always wanted to do,” said Nagano-san. The building is filled with the vestiges of an architect truly enjoying his work, and the more I learn about it the more I am charmed by it. Walking around inside the building feels almost like playing a game of hide-and-seek with the architect’s personality. 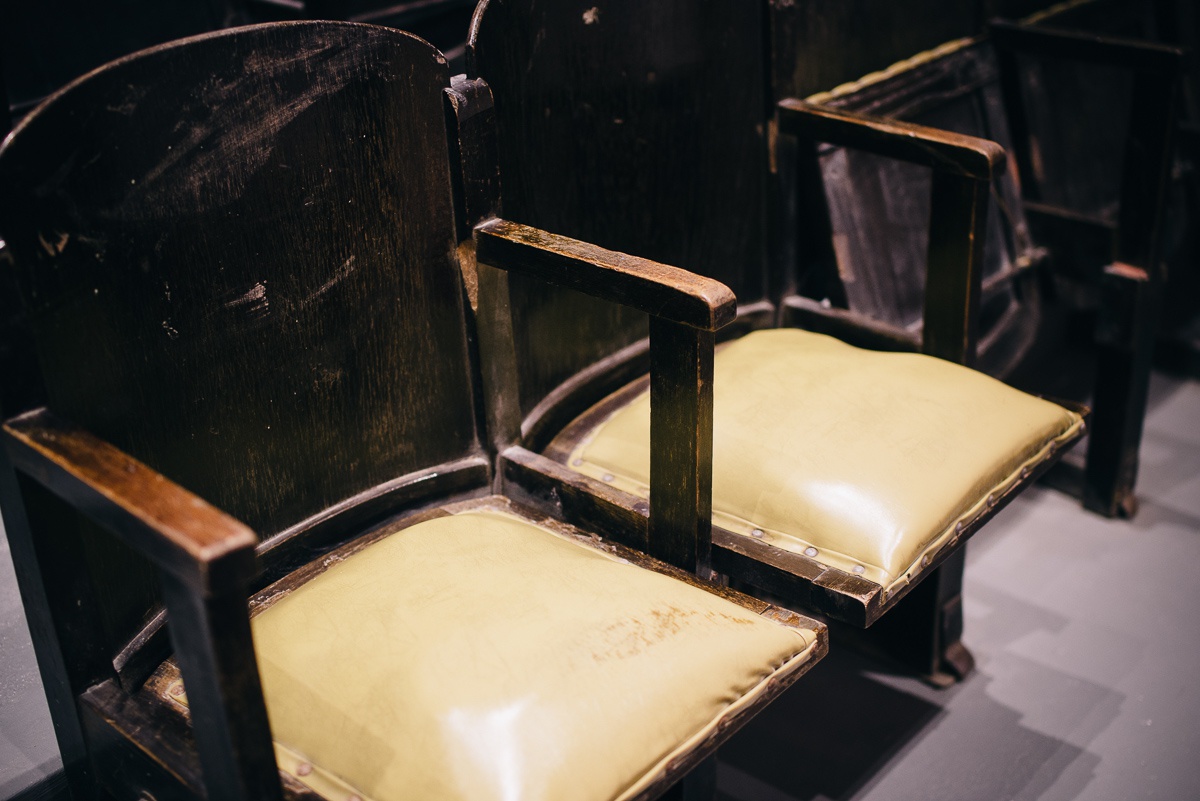 At the time it was built Beppu-shi Koukai-do was a recreational facility that included, in addition to the large hall, a billiard hall, a large cafeteria, and even an onsen*, and was bustling with visitors daily. The chairs in the main hall, which have been here since the building’s completion, have an understated black finish. Taken by the beautiful wood grain of the chairs, I took a seat to see how it felt. It was much narrower than modern chairs – perhaps these were made to fit the smaller physique of the people at that time. These chairs have been here all the way since the beginning of the Showa era*. Sitting in the same place that so many countless people have sat in over nearly a century was moving. I thought about who was sitting here 10 years ago, 20 years ago, 50 years ago – and who would sit here in the future. In that brief moment I could feel the weight of the long history of this place.