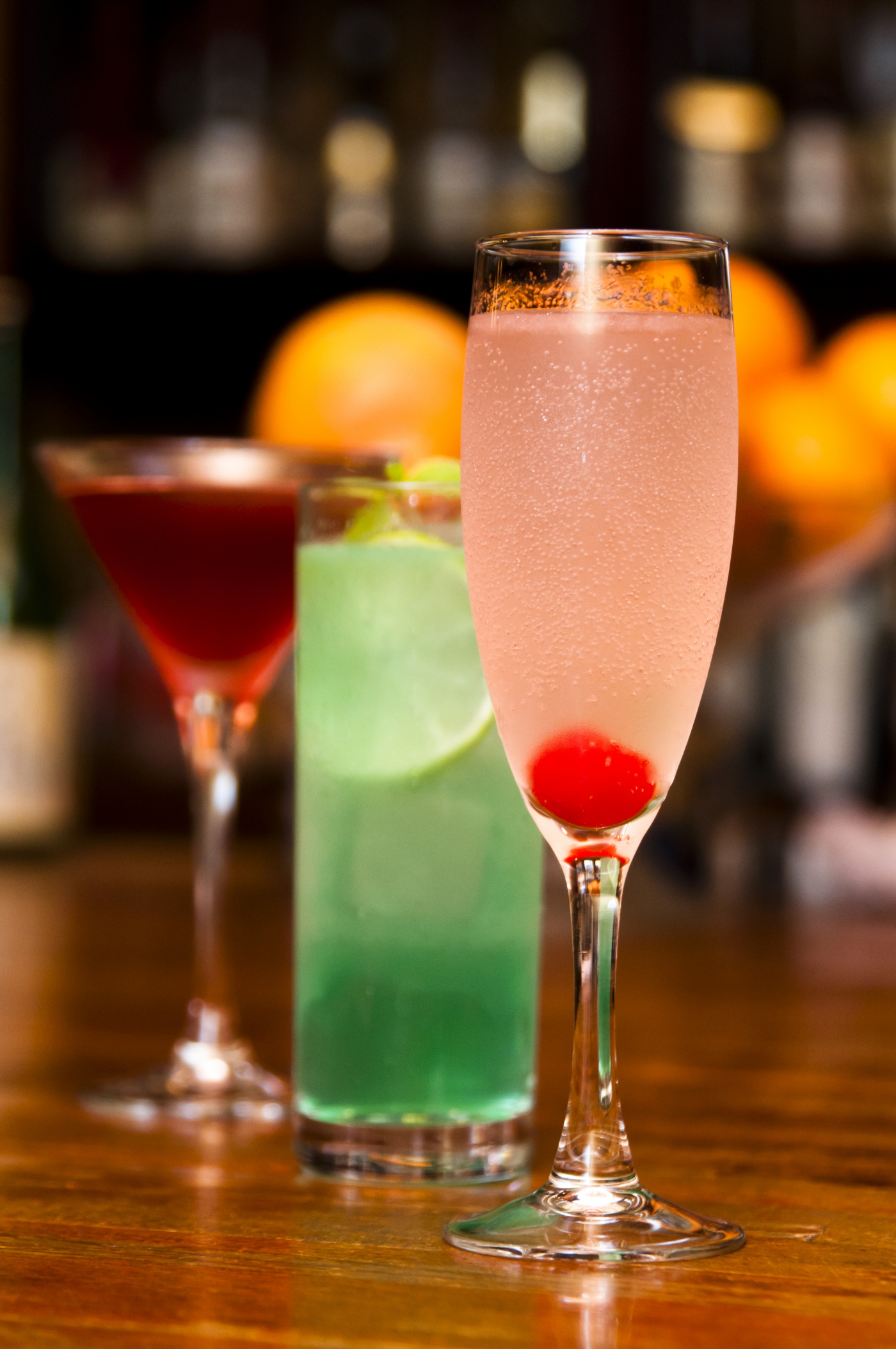 Learning the ways of alcohol

“It’s the prize you get for being an adult. ‘If you don’t know how to drink, you’re not a man,’ my father told me when I left home. Then he told me to come to this bar to learn how to drink. At first I was a bit nervous – there’s not even a menu.”

Behind the counter the bartender Abe-san* worked calmly. It looked like he was peeling an apple, but, upon closer inspection, I found that he was actually carving a large chunk of ice. “Looks like a boulder doesn’t it? That’s why they call it ‘on the rocks’,” he said with a smirk. He placed the ice in a glass and followed it with brandy. “In French the phrase eau de vie means water of life. Basically they’re talking about brandy,” he told me. 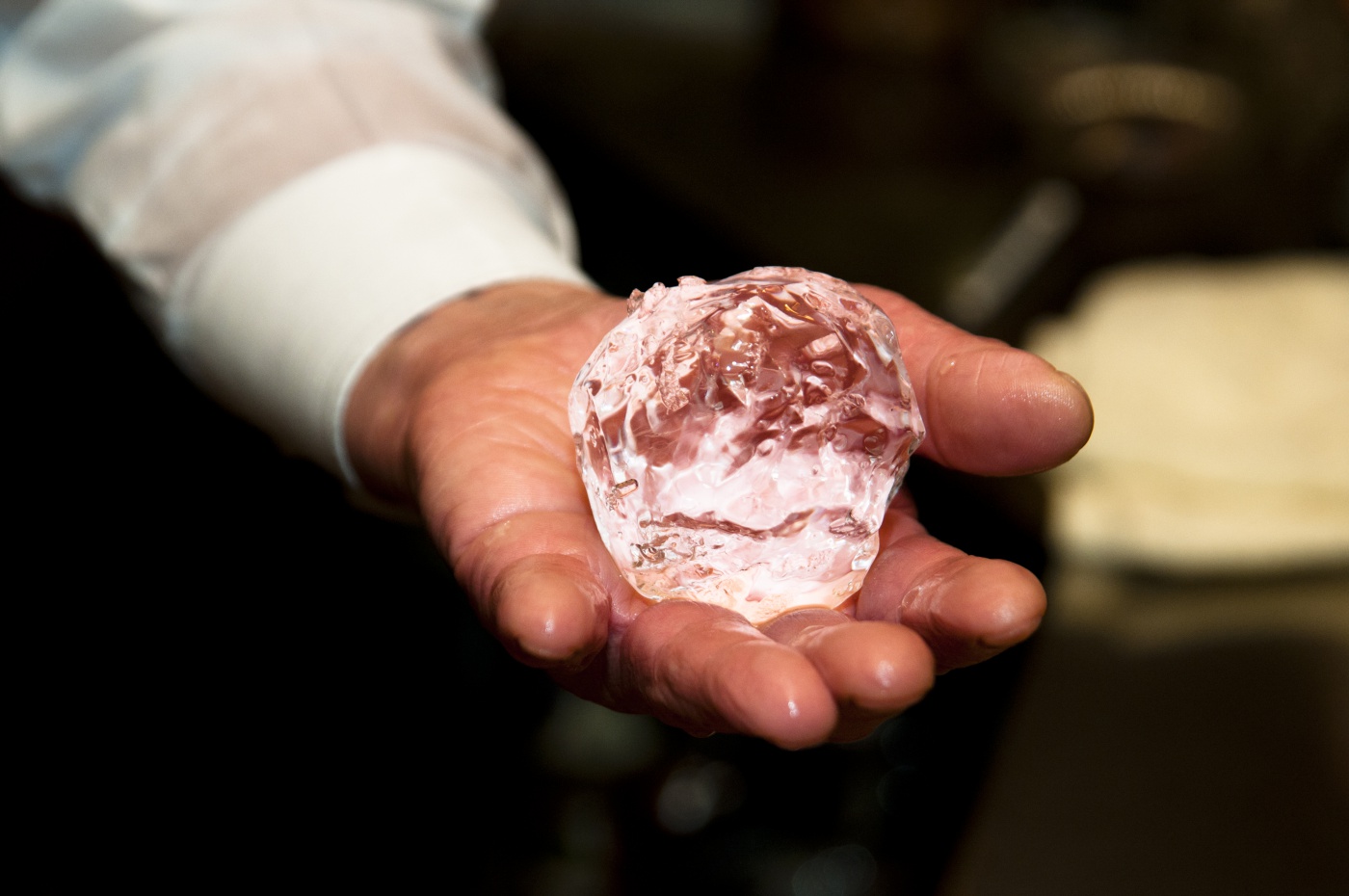 Abe-san’s charm made me feel at ease, but I still had no idea what to order. I clumsily explained what type of drinks I like, to which he politely responded, “Hai*.” His posture became alert as he took a deep breath and reached for an orange. Juice gushed out as he sliced, and a bright citrusy smell floated over to my seat at the bar. Into a mixer he poured the fresh squeezed orange juice, a few other potions, and a piece of ice. After taking another deep breath, his face became stern as he shook the mixer with all his strength. Soon, a barely visible film of pale, white condensation formed on the outside of the shaker. 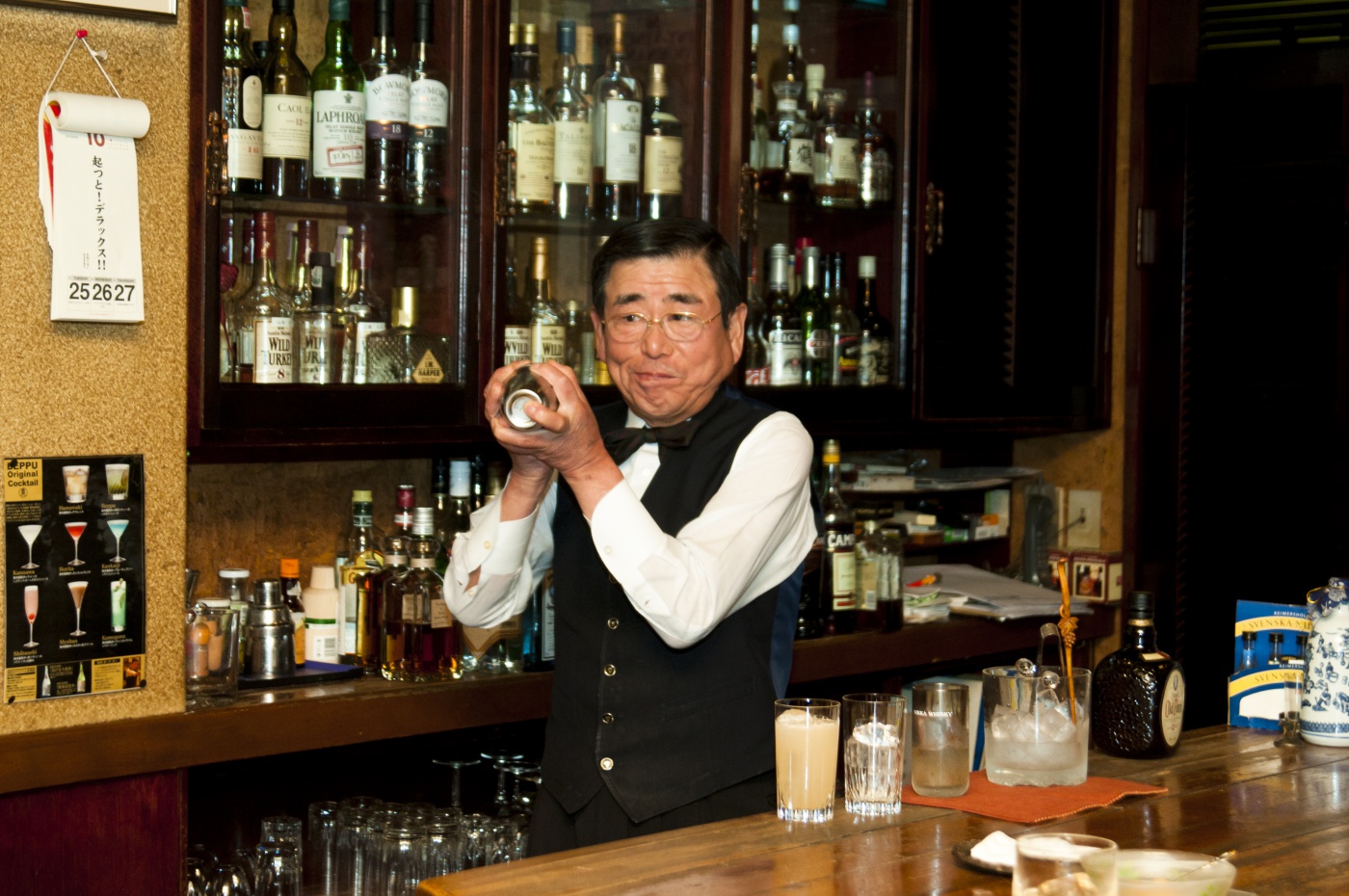 As if to apologize to the drink for the violent shaking, he delicately poured it into a thin, dainty glass. At that moment the bartender’s stern expression loosened and relaxed. The way ordering a drink here makes me feel like I’ve just watched a short play is what I love about this bar. Sometimes I find myself sitting right here again, almost as if I was somehow brought me here unknowingly. I looked around to find that more regulars had shown up. I overheard a conversation between Abe-san and a group of yukata-wearing* tourists. I was here when a close friend he hadn’t seen in months stopped by to say hello. “You can drink,” he said to me. Until then I wasn’t particularly conscious of it, but I started to think maybe he was right.

*A yukata is a Japanese garment, a casual summer kimono usually made of cotton.

“I learned how to enjoy alcohol like a man thanks to Abe-san, who shared his knowledge with me little by little over the years,” said the man seated next to me. It had been several years since his last visit, and many years since he was a nervous young man sitting at this bar for the first time. Now he is the owner of his own bar.