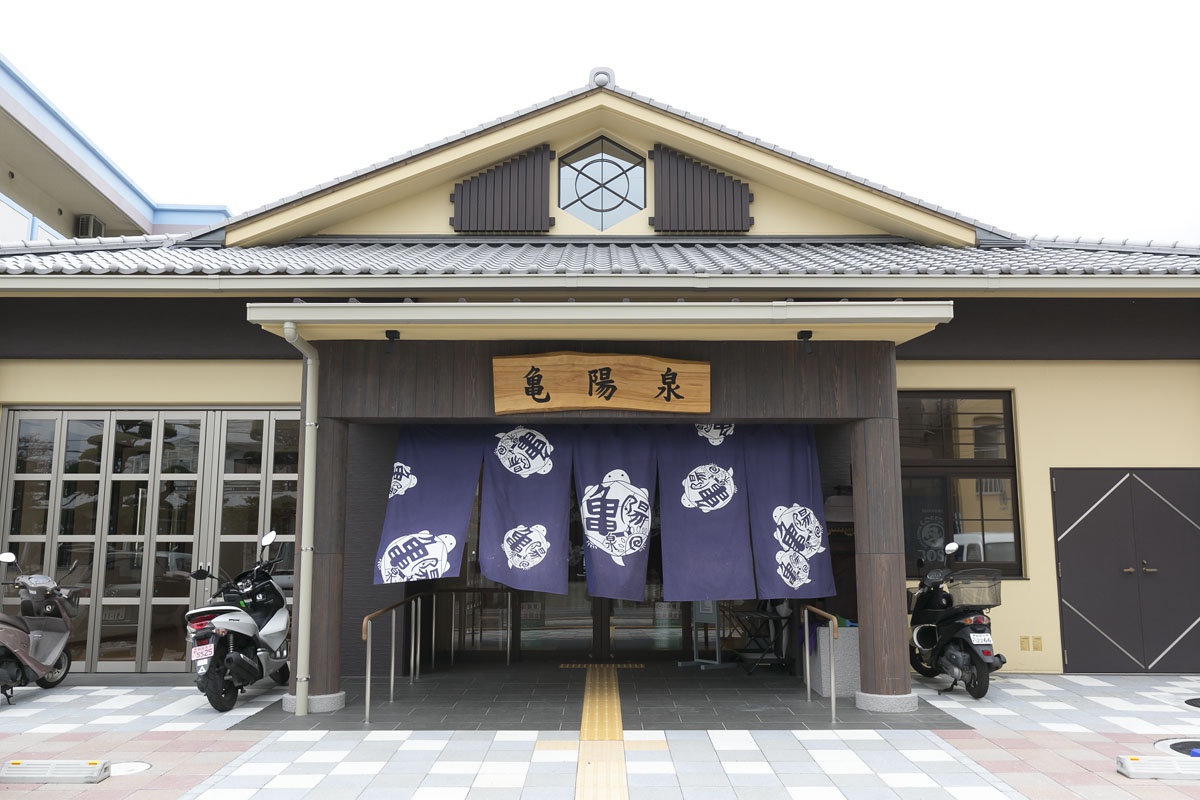 Enjoy and take your time

Kamegawa is a coastal onsen* town with a long history. Long ago it prospered as a gateway for travelers headed to Buzen and Kokura, making it a lively town bustling with both locals and onsen customers from distant parts of Japan.

I walked along the nostalgic Kamegawa shopping arcade until I came upon a bus stop named after a nearby onsen, Kiyosen. I continued walking and, looking further ahead, I immediately spotted the onsen. The violet noren* wavered gently in the breeze.

Long ago Kiyosen was once buried in a natural disaster, but was later rediscovered in the Meiji Era (1869-1912). From them on it was known as Kamegawa Arayu, and the onsen become deeply loved by local residents. In the latter half of the Meiji Era, a second floor was built, which at the time was still quite rare for onsen, and outfitted with a hot sand bath, a waterfall bath, and a steam bath. On the second floor there was also a break room and a restaurant. 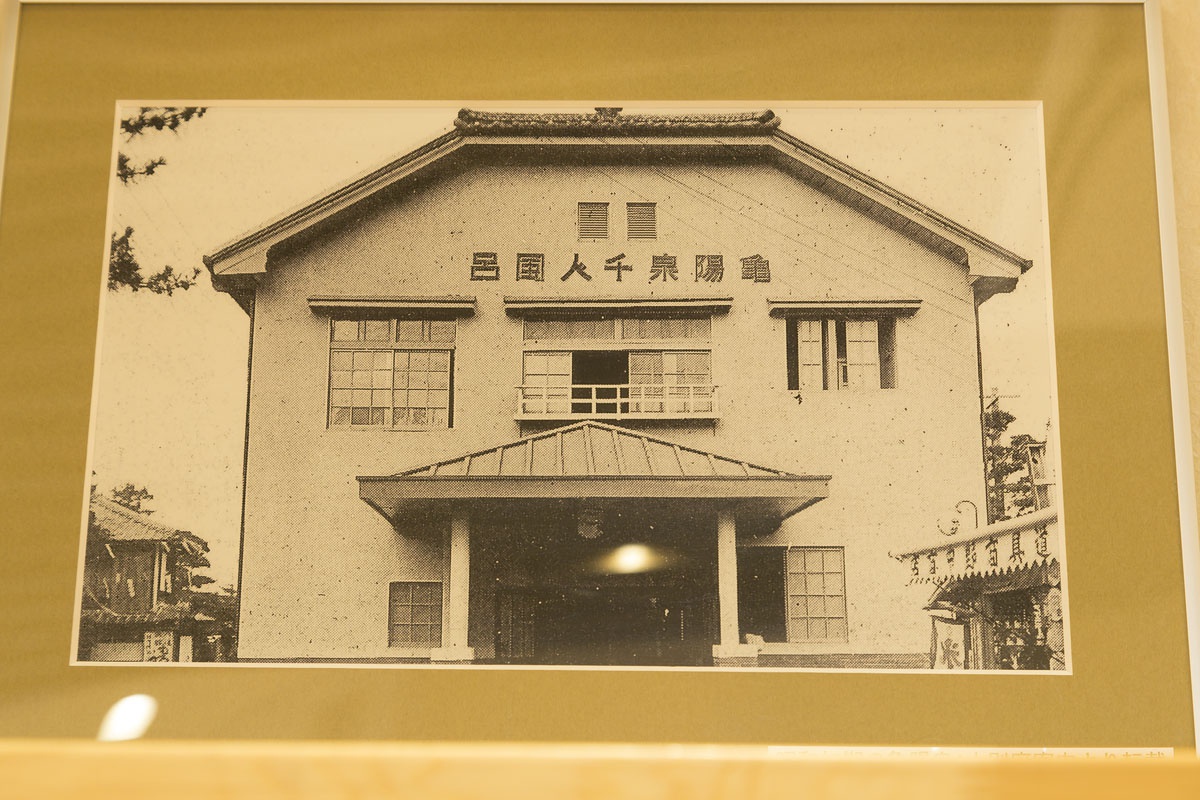 In 1965 the onsen was rebuilt as a concrete building with the bath areas on the first floor and a community hall for local residents on the second floor. The current structure was built in 2016, designed for easy access for elderly visitors and people in wheelchairs. “I liked the old building too, but once you start getting old you appreciate the accessibility of the new one,” said one of their elderly regulars. 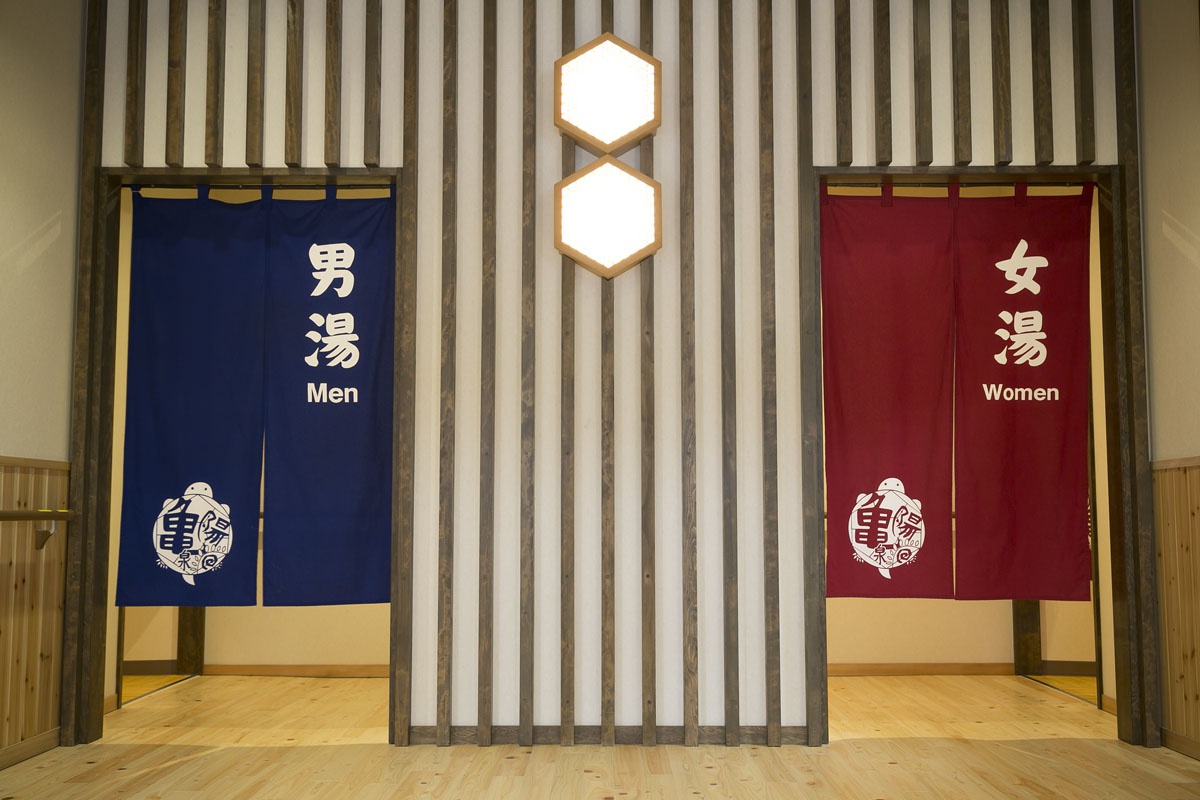 he recently completed building still has the faint smell of fresh cut wood. All throughout the interior you can find the tortoise shell motif appear in the window frames, the lights, and more. It’s fun to keep an eye out for appearances of the tortoise shell motif. I learned that the turtle illustration on the noren was actually drawn by a local middle school student. When you pay the bath fee the attendant will say, “Enjoy soaking in the bath and take your time,” as she ushers you inside.

While soaking and relaxing in the tortoise shell shaped bath, I thought about the long history that this onsen holds. Though the shape of the building has changed many times, people from all walks of life have shared and cherished the water that spring forth from this land — that fact has remained unchanged. Just like a tortoise, Kiyosen will continue moving forward, loved by all those who visit. 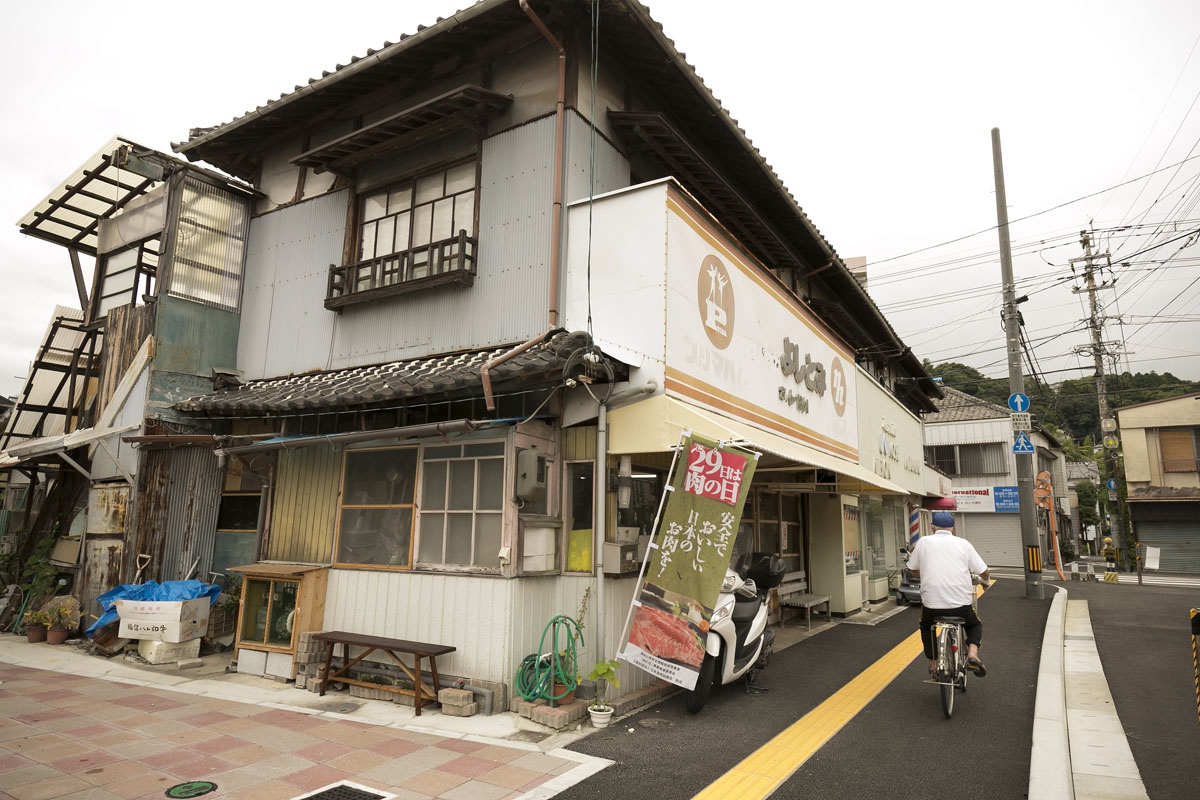