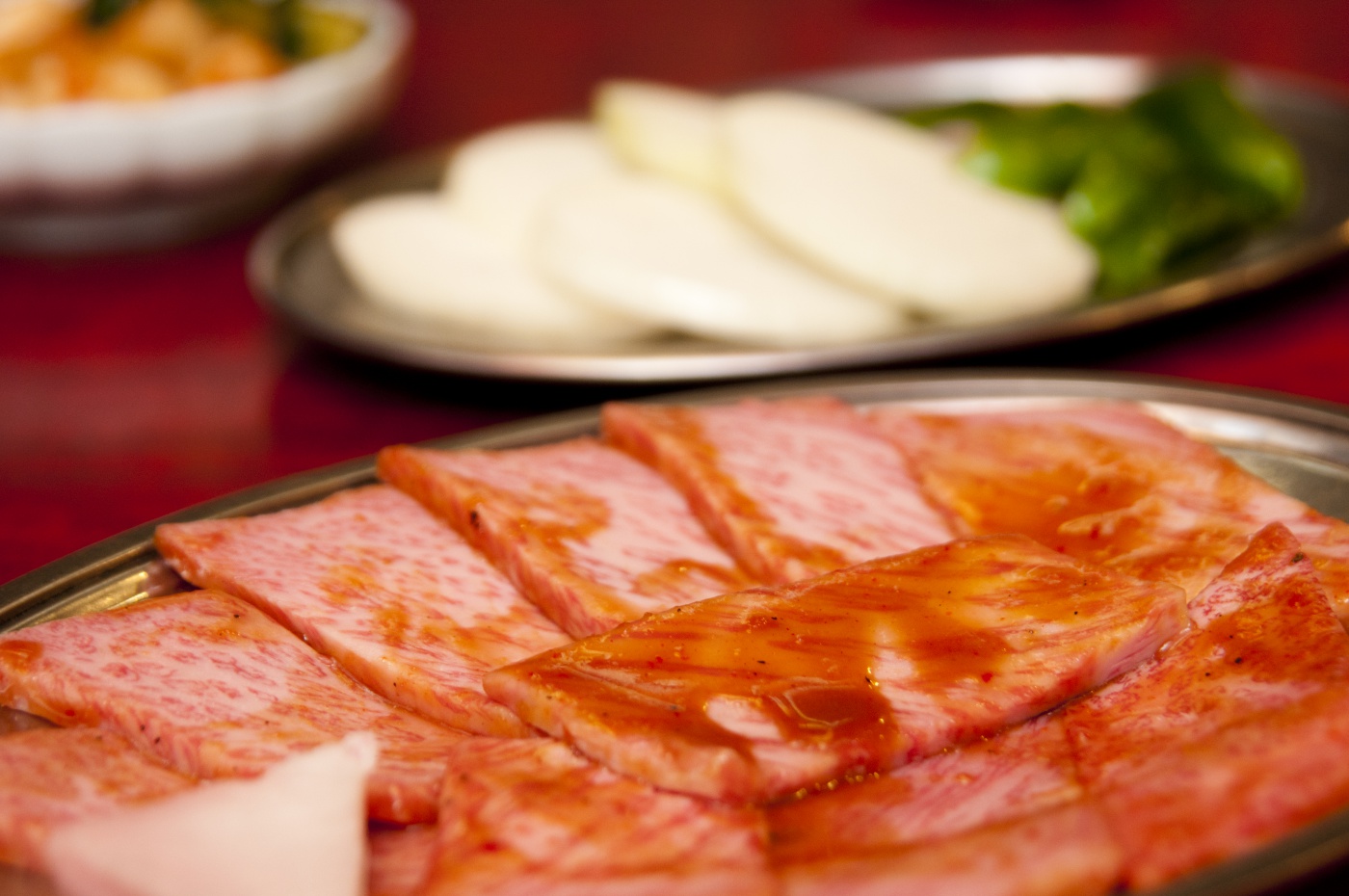 About five minutes on foot from Beppu Station, located near a Buddhist statue known as Enmei-jizo, is a restaurant from which smoke and an intoxicating smell wafts. This retro style yakiniku* restaurant is Yakiniku Ichiriki. It is so popular among locals that many say it is the de-facto choice for a yakiniku dinner with family.

I took a seat at the counter, and as I was watching someone in the kitchen carefully slicing the meat into thin pieces, the old woman behind the counter spoke to me. “Where are you from?” she said. At the counter you can cook the meat slices on a small gas grill and go eat at your own pace, which is why, she said, that many of their customers are women dining solo. She told me that if you come right after they open at 17:00, it’s not very crowded yet. 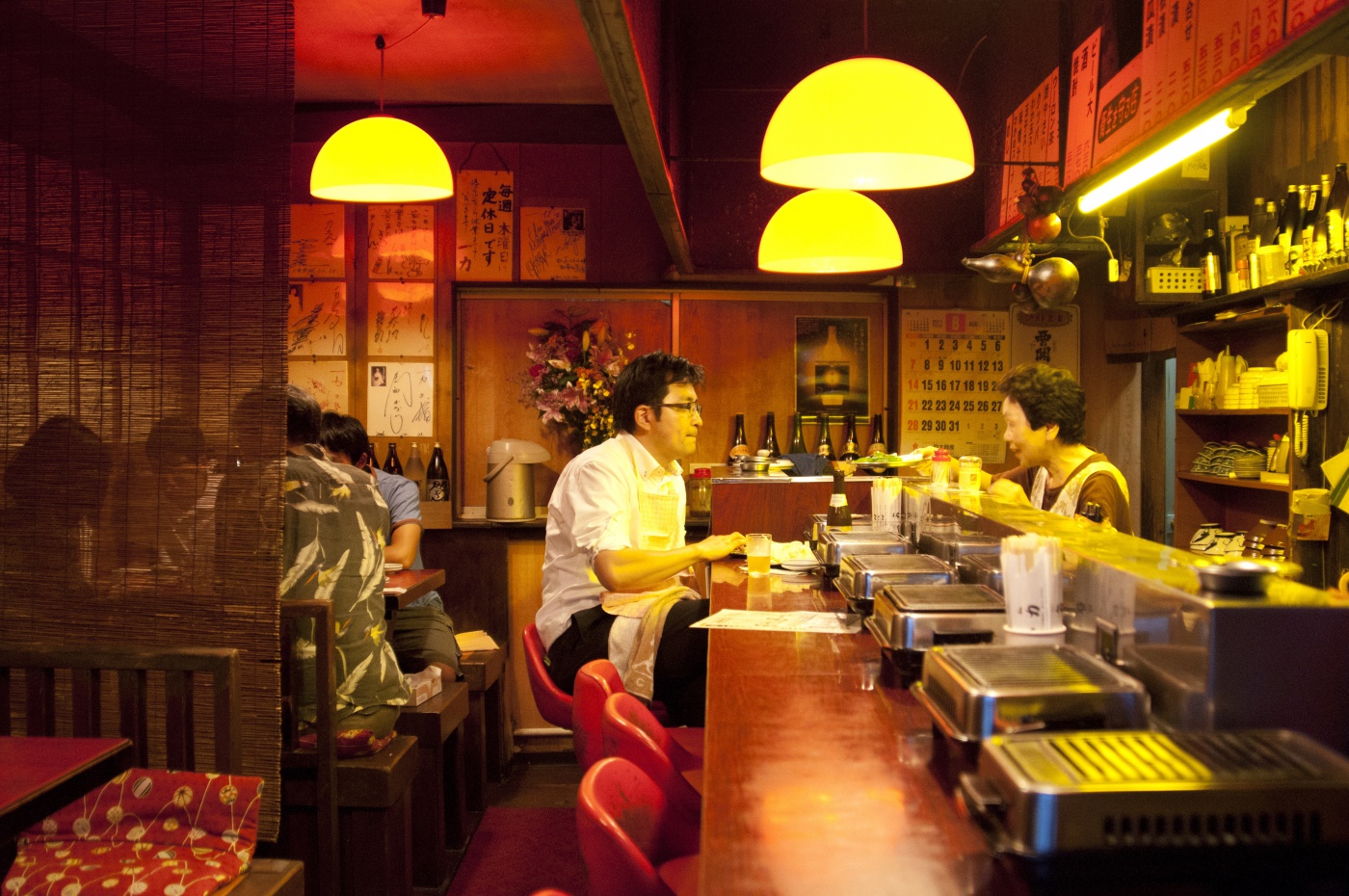 40 years ago her father opened this restaurant, and now his two sons primarily are carrying the family business. I learned from the younger brother that, when Ichiriki first opened, the family was living upstairs on the second floor. Now, though, the second floor has been converted into a banquet hall which can accommodate up to 40 guests. When he was little he used to help out at the restaurant. “My dad would tell me to do this and do that… before I knew it I had a lot of jobs,” he said of how he naturally came to learn the tricks of the trade.

I put a slice of high quality sirloin on the grill, dipped it in the sauce, and took a bite — the rich, fatty meat practically melted in my mouth. The sauce, a recipe closely guarded by the family, I learned contains fruit, which helps to bring out the umami flavor of the meat.

I overheard a woman with her child speaking to the cashier as she paid the bill. “My son usually doesn’t eat kimchi, but he asks for seconds when we come here.” Their delicious kimchi is made here in-house with no preservatives, and I learned that if they have enough left, they’ll sell you some to-go. 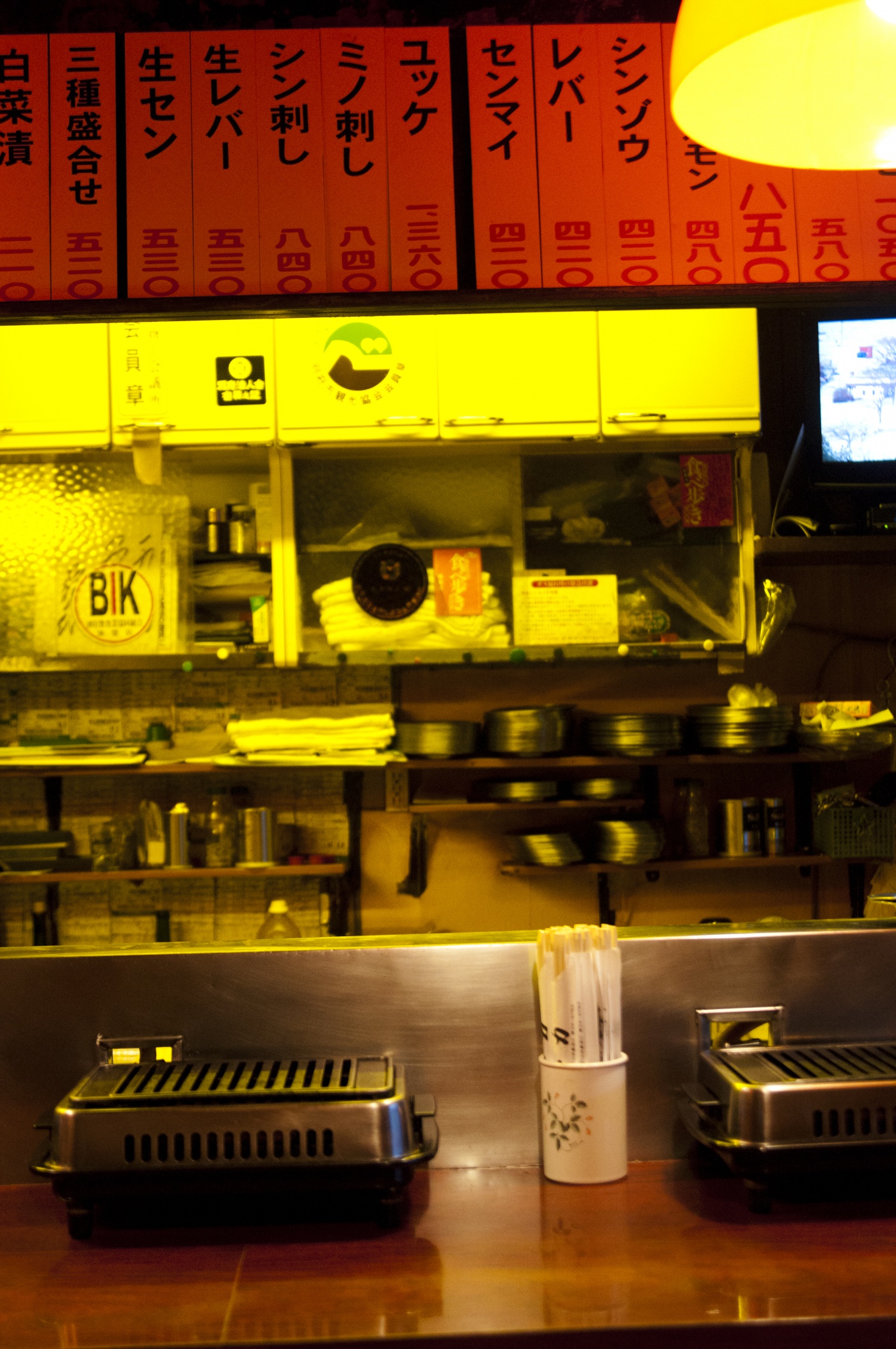 “The inside of the restaurant has remained the same for many years, but because of that we are able to offer delicious meat at an agreeable price,” said the younger brother. With carefully selected cuts of meat offered at prices that have hardly gone up since the restaurant was first opened, Ichiriki has many fans and regulars, even some who come from other prefectures. One family from Tokyo who came to Beppu on vacation said they couldn’t forget the delicious flavor of the meat they had here. While this restaurant is old, the inside is kept very clean, and it’s a great place to come whether alone or with family.