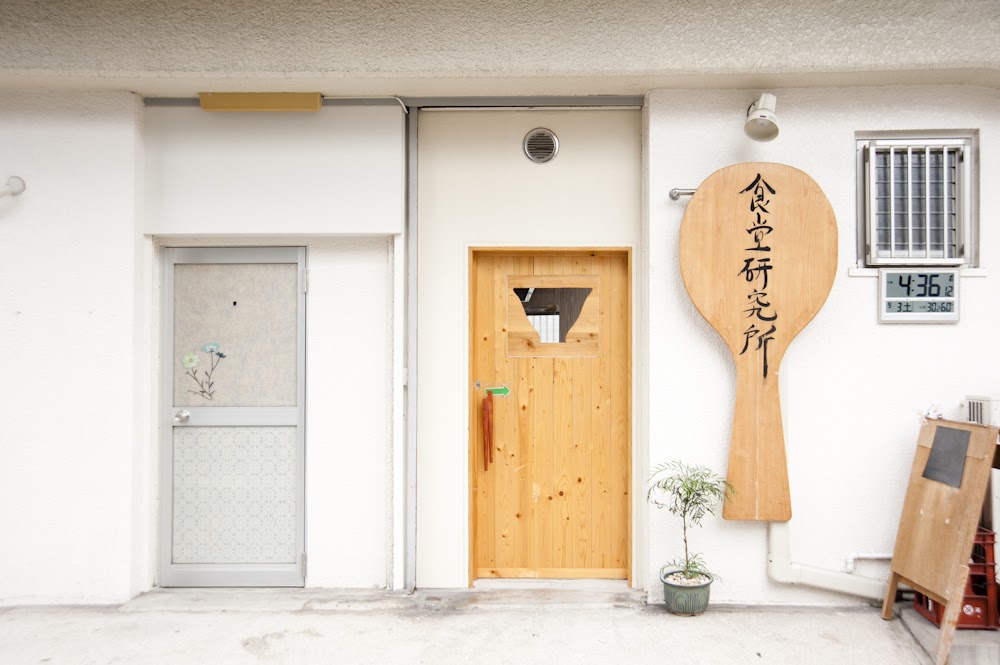 Local cuisine with a “research theme”

An office worker in his 30s, most likely on his lunch break chatted with the chef — “A coworker gave me some wild boar meat, but I have no idea how it should be cooked.” The conversation went down a winding road from there — “My father also hunts boar.” “The other day I mistook a sea snake for an eel and accidentally ate it.”

In the center of the restaurant is a large table. Here, regular customers and first timers sit around the same table and share a meal together. “I think it’s a bit embarrassing eating in such close proximity to someone you don’t know,” said the chef, who says he would like to renovate the interior. I, on the other hand, think it’s kind of fun — almost like the feeling of eating food from an outdoor food stall.

Located only about four minutes on foot from the east exit of Beppu Station, this is not a restaurant or a cafeteria — this is Shokudo Kenkyujo, which translates to “cafeteria research lab”.

The chef and manager, Boboyama-san, is a lover of bicycles, so much so in fact that does all of his shopping for vegetables, fish, and other ingredients by bike. You can often see him riding around the Beppu Station area going to different supermarkets, fresh fish shops, and other points of sale. “I don’t stray to far from this general area,” he said. When he was younger, he said, he once biked for hours from his hometown of Usuki all the way to Kumamoto — a distance of over 120 kilometers. 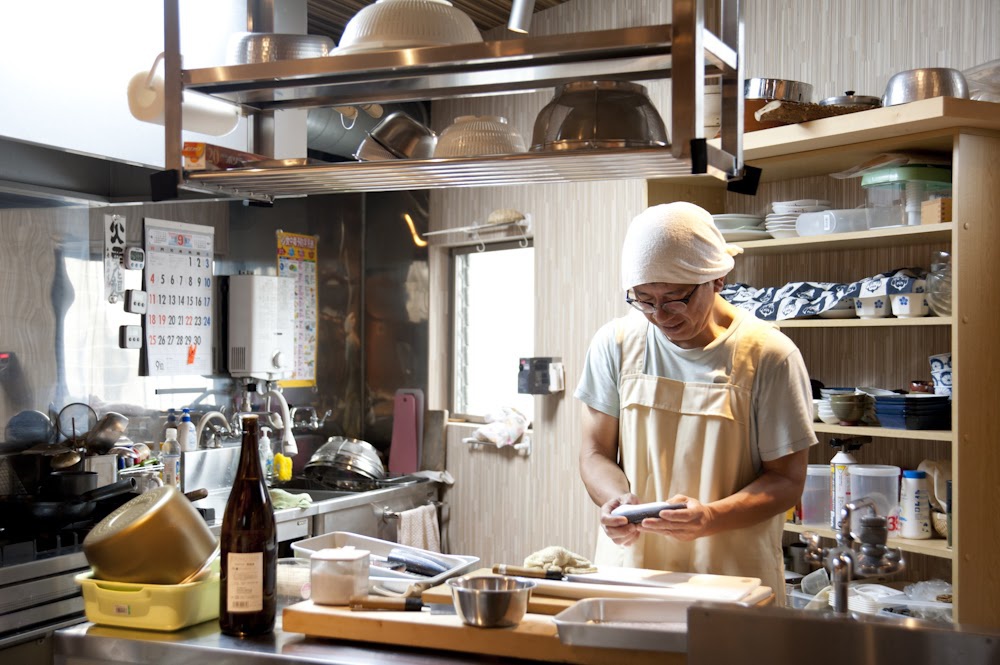 Boboyama-san describes his menu as having a “research theme”.  On the day I visited the specific sort of “research” on the menu was a homemade, Japanese style hamburger steak with a thick sauce. The dish came with chicken and burdock root, potato salad, lightly dressed spinach, and your pick of two other sides. Miso soup and pickled vegetables are also included. The side dishes change daily, depending on what happens to be available. 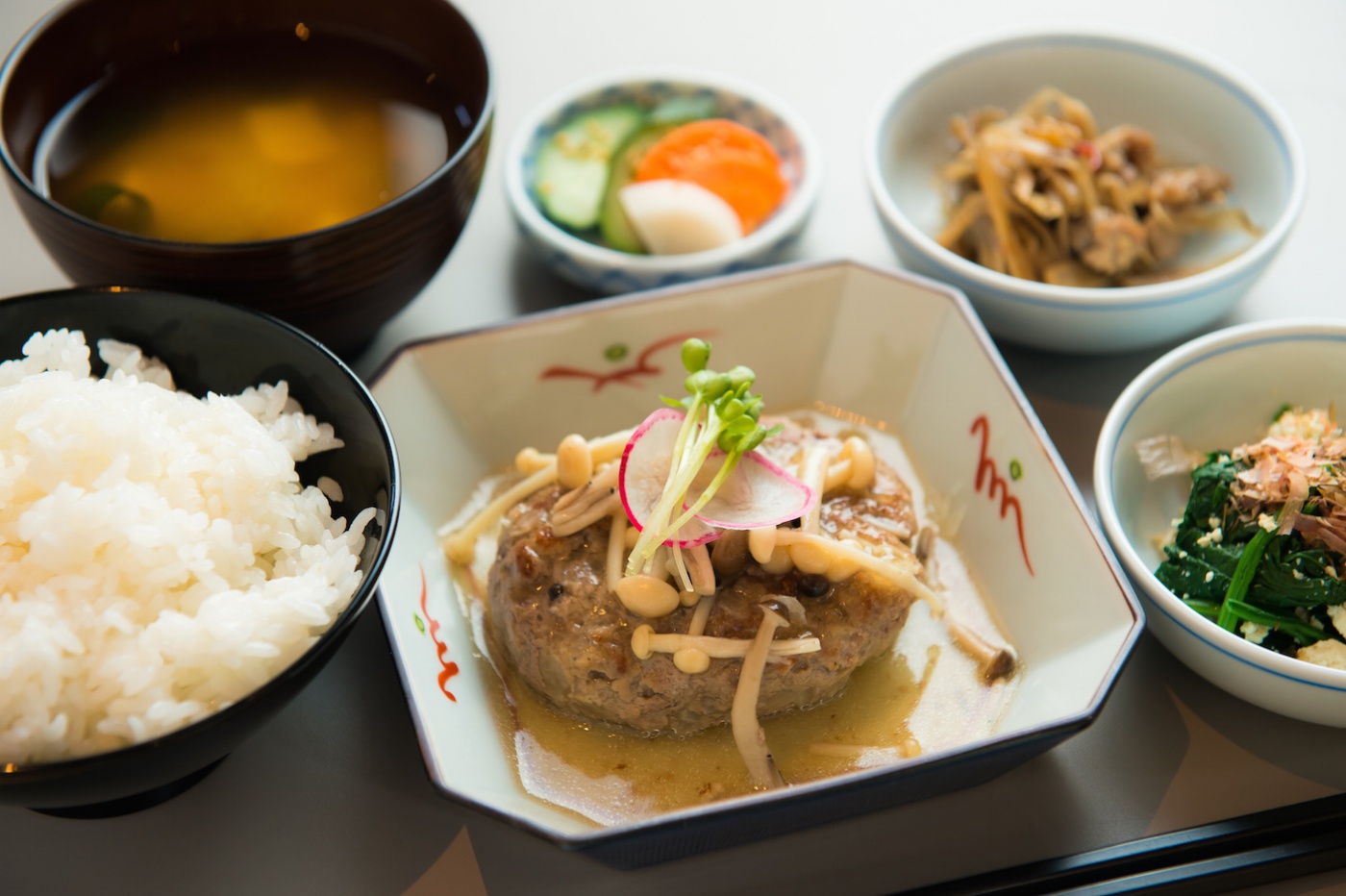 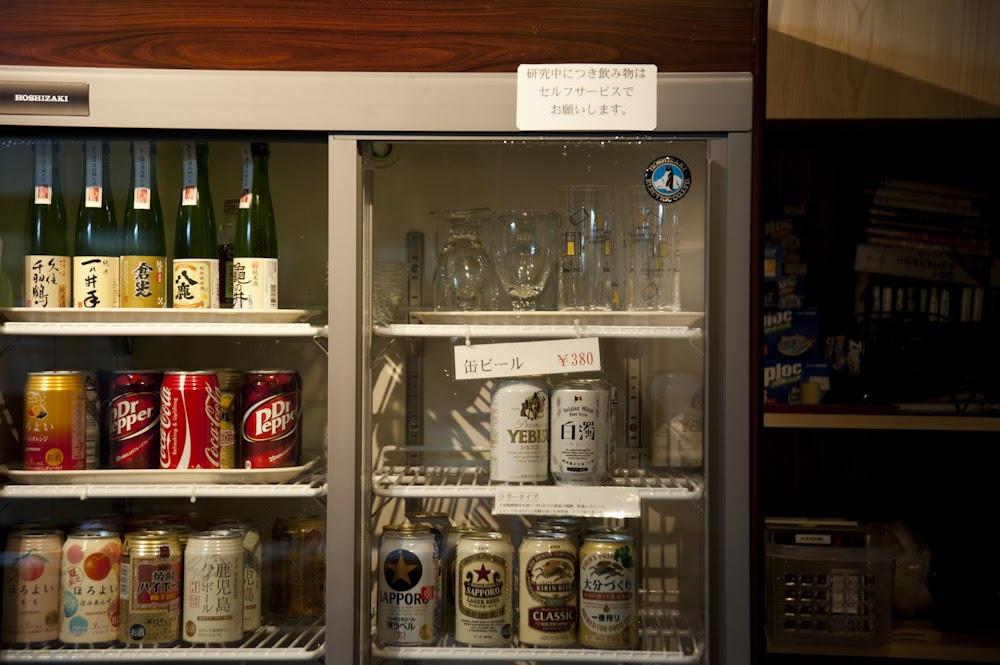 Written on Shokudo Kenkyujo’s shop business card are the words “Our Yamaga rice is cooked using the latest technology.” Not quite understanding what that meant, I asked Boboyama-san, who immediately laughed and pointed to a rice cooker.

I asked him what the best thing on the menu is, and surprisingly, he said the rice. Come to think of it, the sign next to the entrance was a giant wooden rice scoop, the window was in the shape of a rice bowl, and the door handle was a pair of chopsticks. 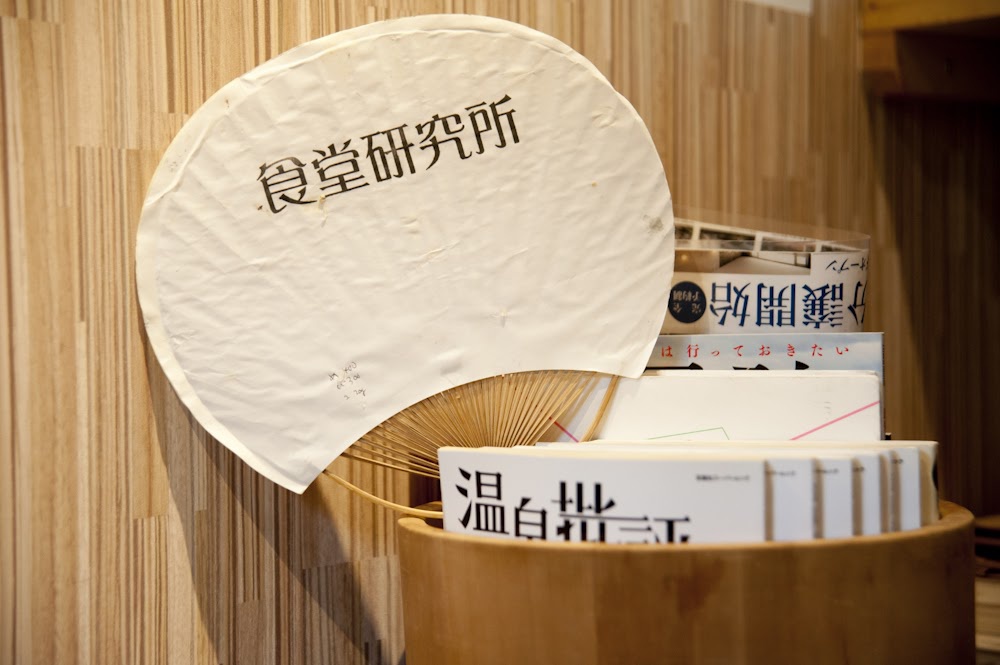 The rice used at Shokudo Kenkyujo is called Yamaga Rice, and is produced on a pesticide-free rice farm in the town of Hiji. The cooked rice emerges complete from a cloud of steam. Boboyama-san transfers the rice to a round, wooden container called an ohitsu and begins to gently loosen the grains of rice using a wooden rice scoop in a scooping motion. “Because — if the rice isn’t good the rest of the meal won’t be enjoyable,” he said in a somewhat aloof manner. I thought, well, I guess he’s right. 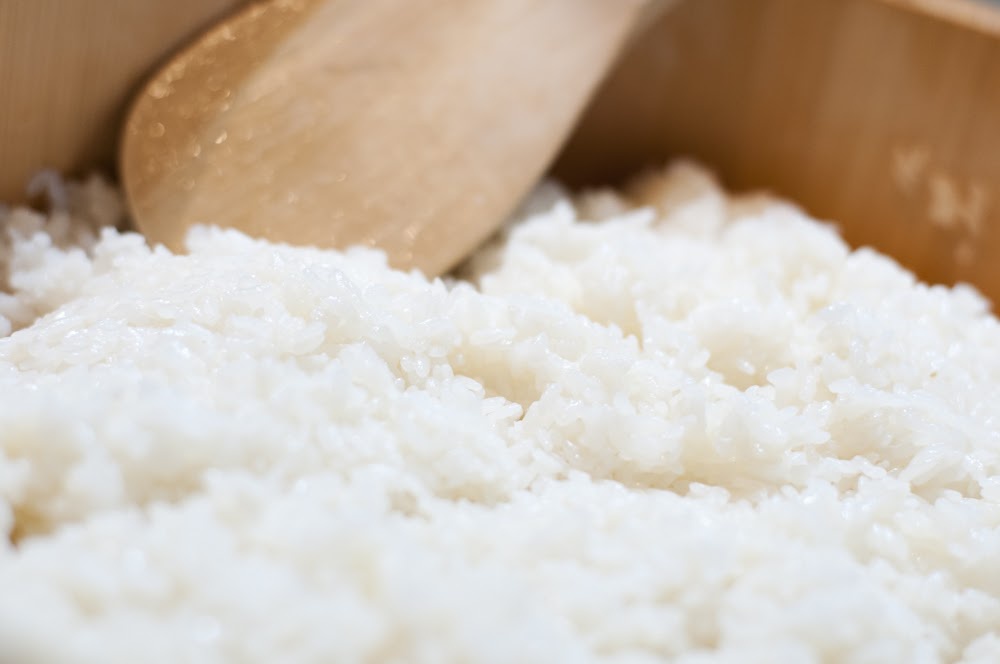 As I was finishing up my meal, Boboyama-san shared with me some stories about the place he was born. Originally he had been studying the local traditional cuisine of his hometown, but he is also quite knowledgeable about local cuisine all across Japan. “Oita Prefecture dashi soup is of course good, but lately I’ve been really into Yamagata dashi. One day I’d like to be able to serve every local specialty from each part of Japan.”

I became so engrossed in his stories that I accidentally let my after-meal coffee get cold. I threw back the last bit of coffee, thanked him for the meal, and was on my way.