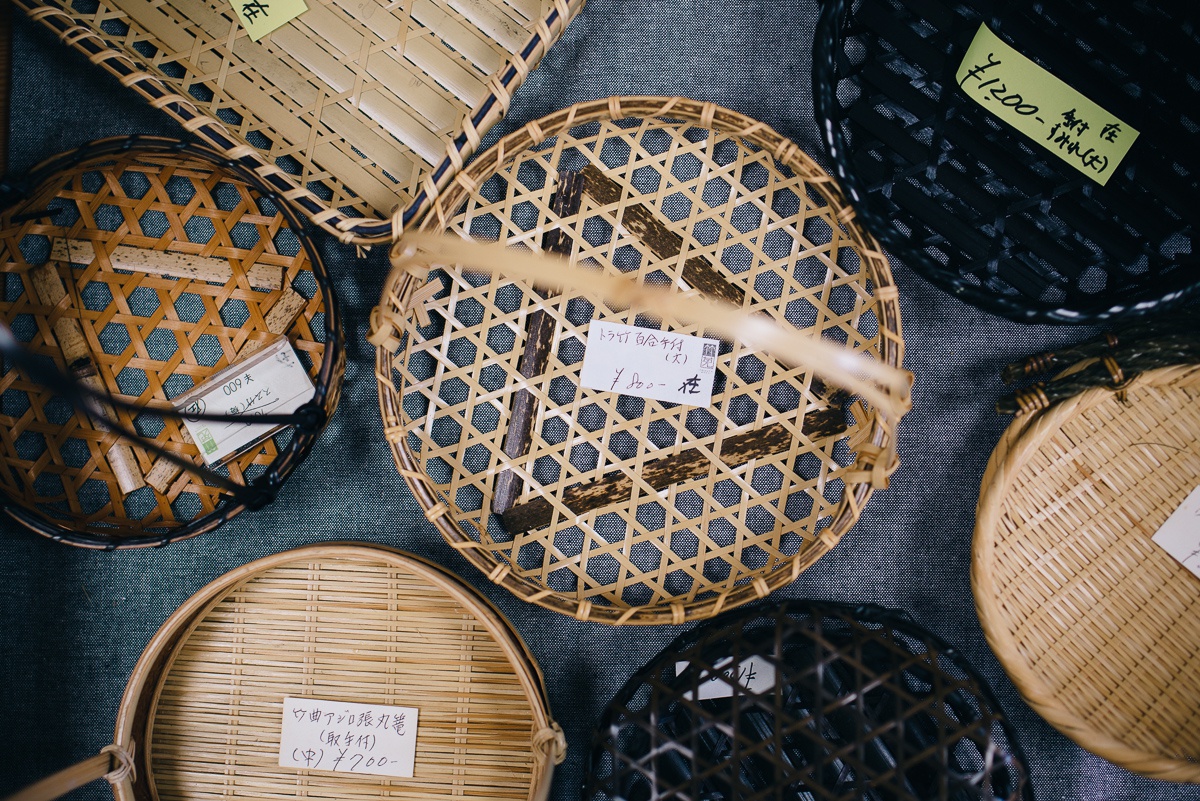 A chatterbox with a sly grin

Bamboo craftwork and folk craft wholesale store Chikuen is located in the area of Beppu called Ishigaki. Much of what Chikuen does is packaging a preparing various folk crafts which are delivered by local craftsmen to be sold and shipped. Within this building, however, is a small gallery and shop where people can come and purchase these items themselves. 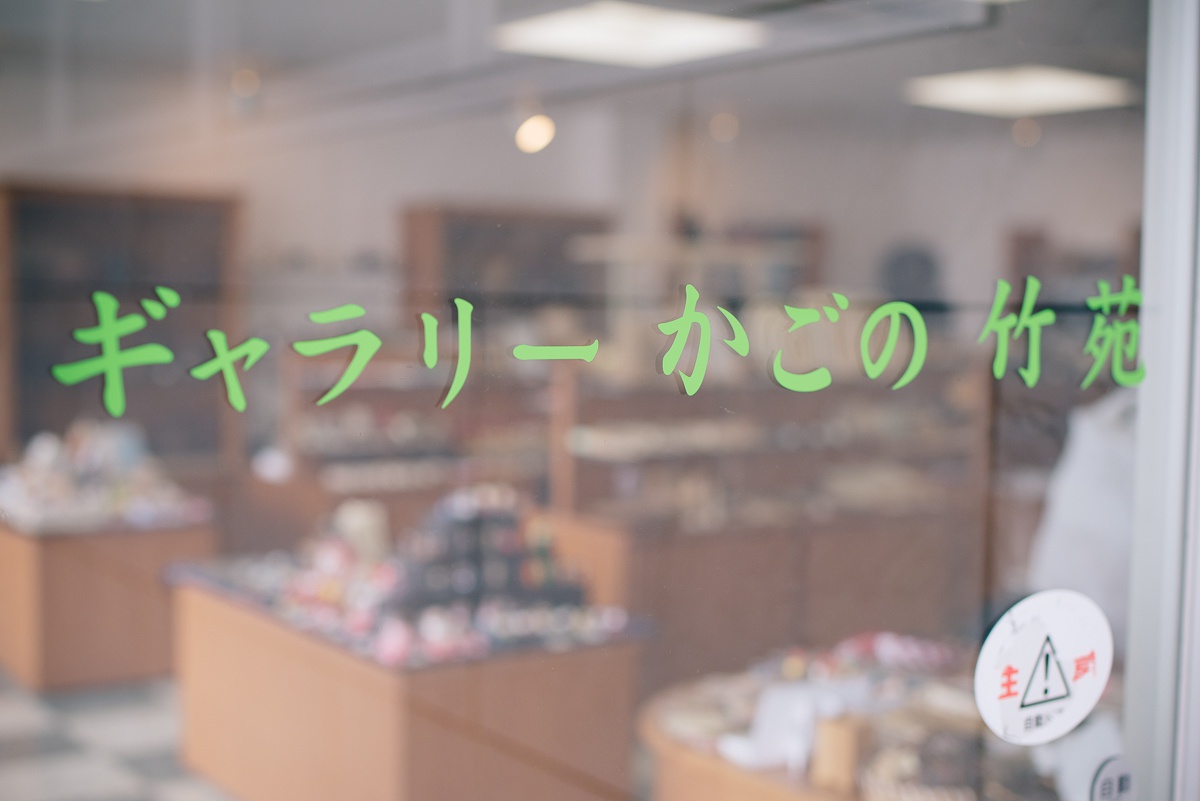 I almost walked right past the inconspicuous building, but once I opened the door and stepped inside, what I saw was beyond exciting. 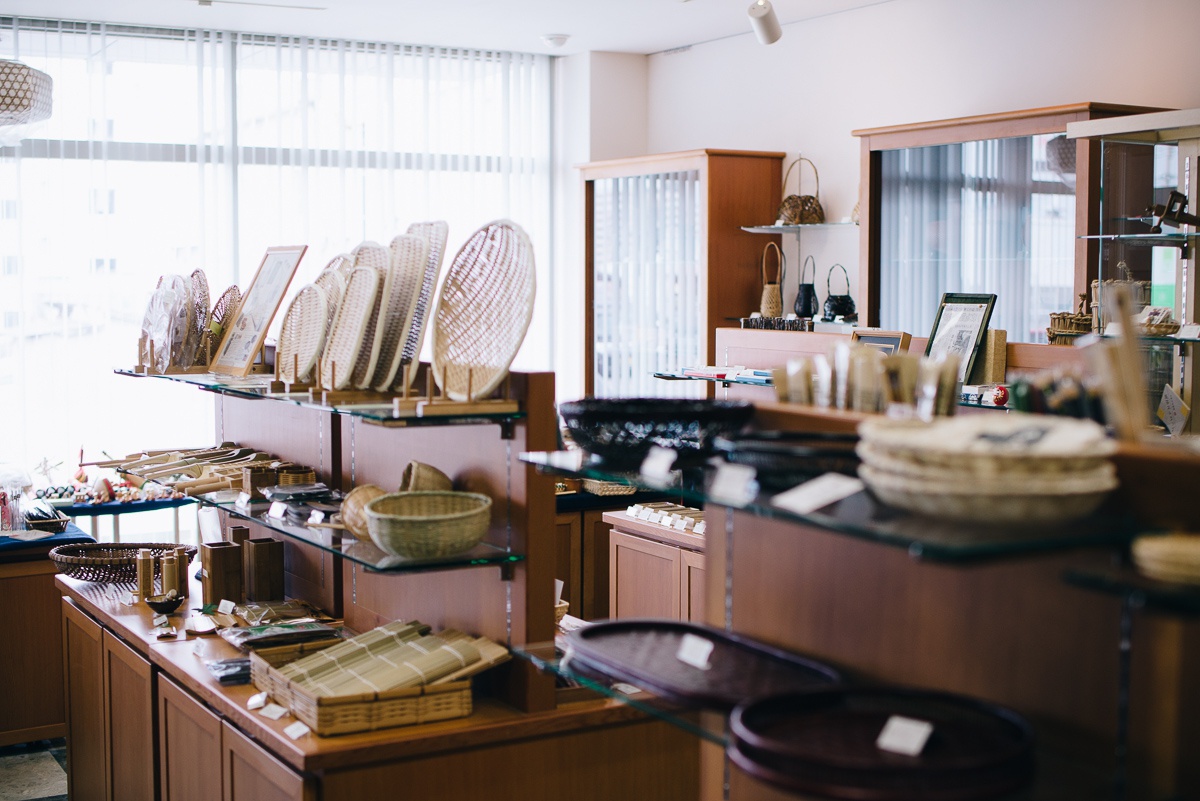 There were bamboo dragonflies and water squirt guns among many other traditional crafts and toys, ladles, chopsticks, spatulas and other kitchen supplies — all made from bamboo. Additionally there were bamboo craft sculptures and works of art made by craftsmen and artists on display. 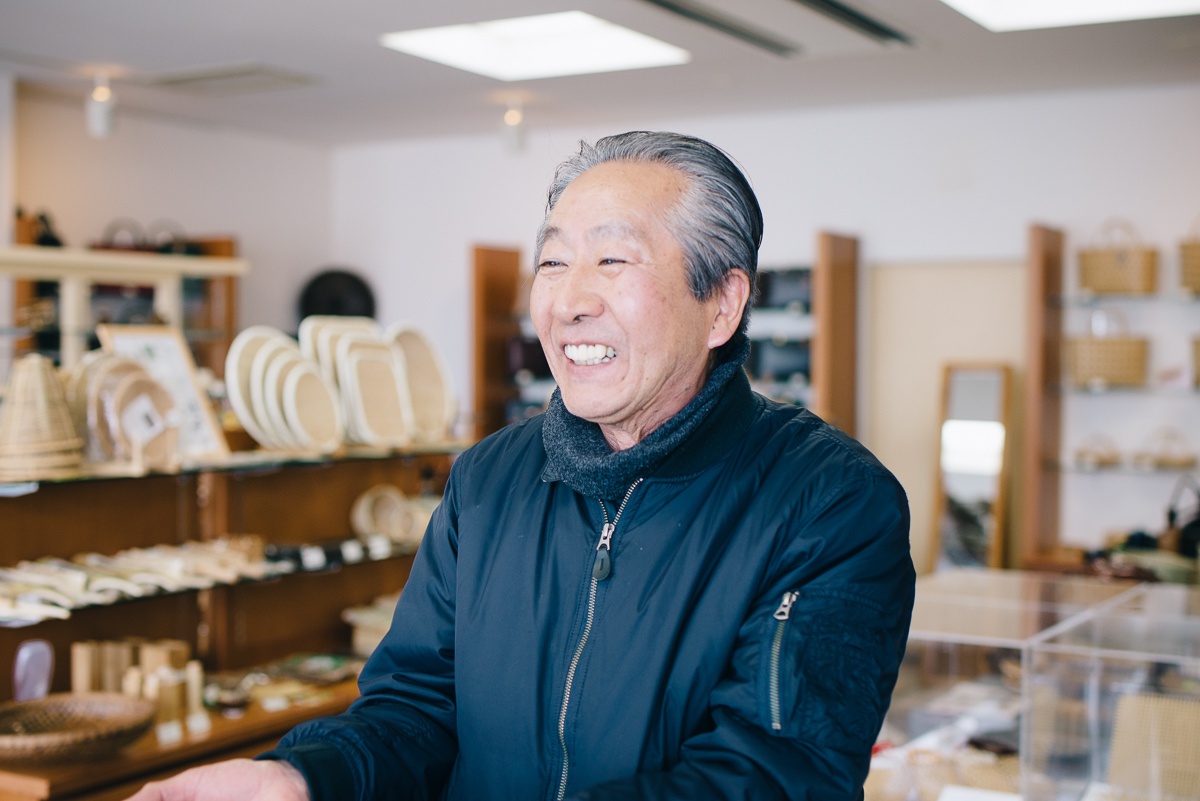 “Nice to meet you, I’m Mukai,” said the president of Chikuen, Mukai Katsuhiko, with a sly grin. Chikuen was founded more than 50 years ago by Mukai-san’s father, an alcohol-loving man who was always helpful to others. “I was the one who really built the company up though. It was my idea to start packaging things, putting strings on the little wooden carvings, and even changing the names of things to make them more appealing,” he said with a roguishly cute grin.

In the early years of the company, Mukai-san would spend half of the year traveling out of Prefecture for business. He shared we some of his favorite stories from those travels. I was having a lot of fun just listening to him talk. 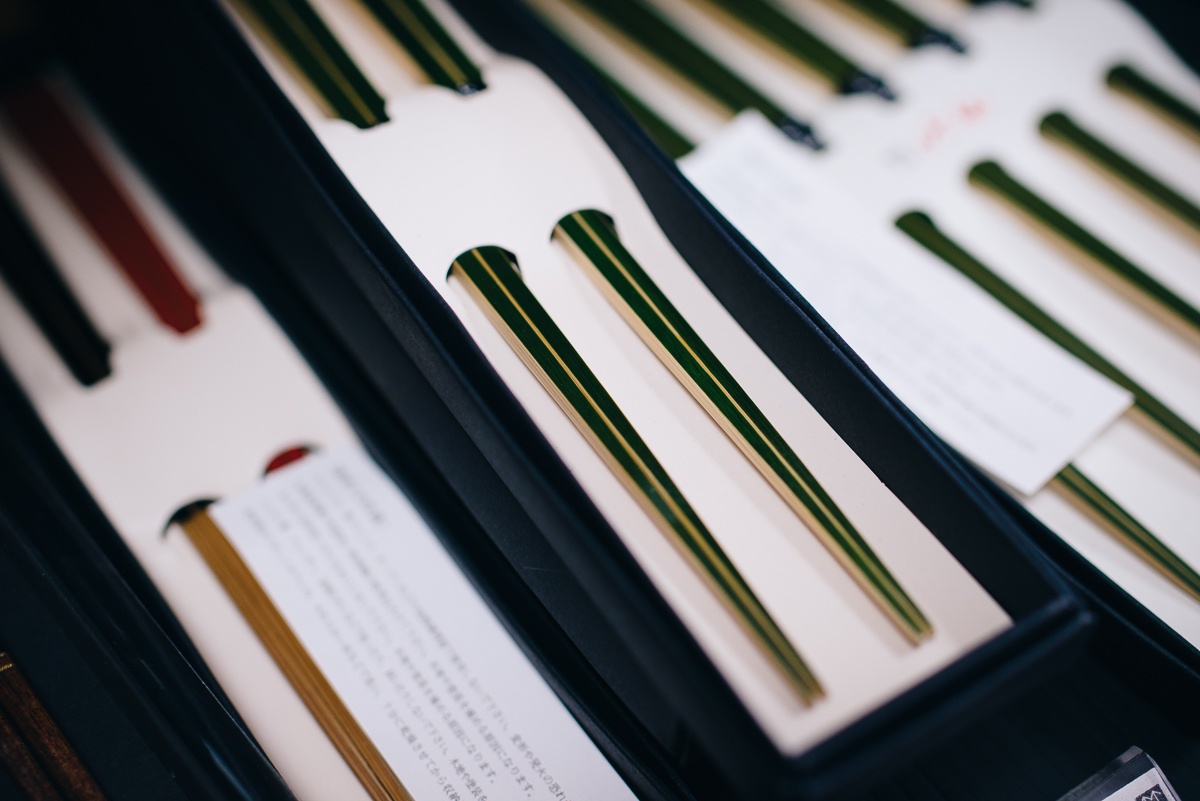 At this shop, customers are able to get better prices on items compared to ordering them from a catalogue. I learned that their best seller is chopsticks. Mukai-san is often quite aggressive in his sales approach. “One set of chopsticks for each of your boys and one more for your husbands!” he’d say to, for example, two sisters travelling together. Mukai-san liked the idea of travelling with a sibling, and so he began travelling with his brother. “We can talk better over here,” he said as he led me into the reception room and poured me a cup of coffee that would put a coffee shop to shame. 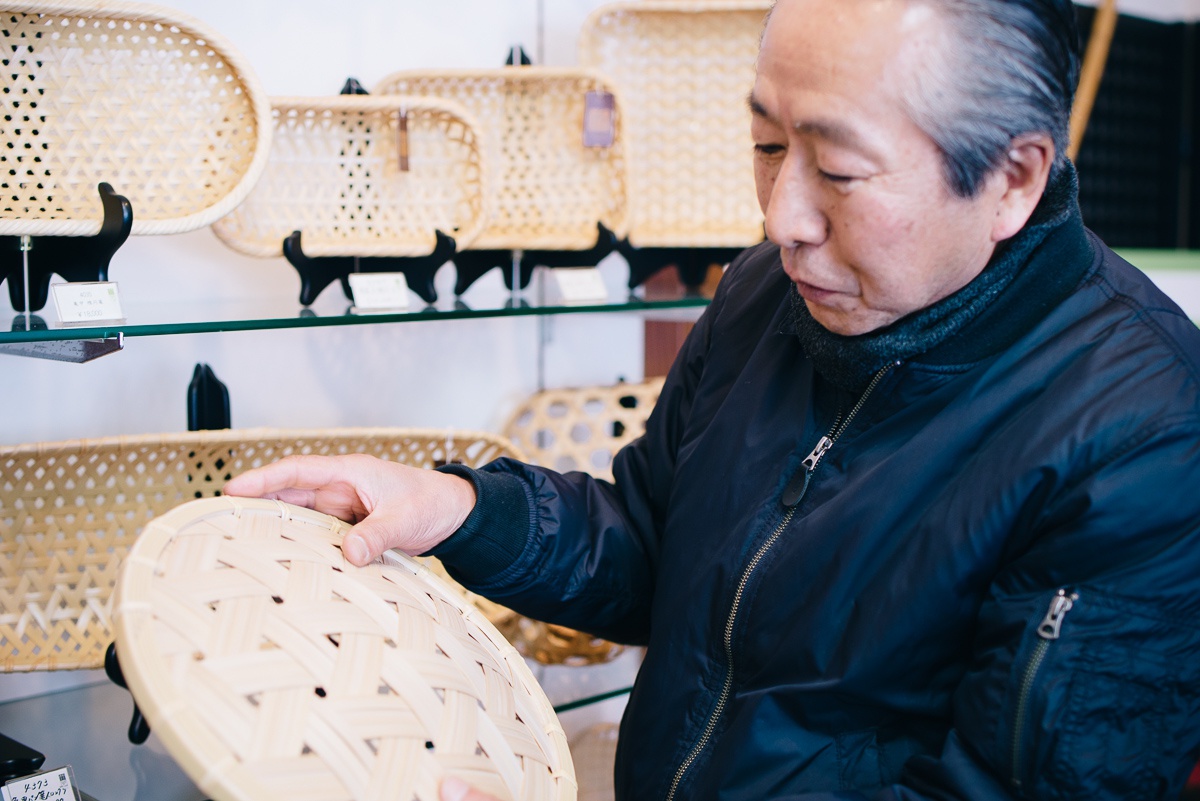 In the space toward the back of the building were bamboo wares, which I could tell at a glance were high quality items. One series of items in particular titled TAKUMI, made by Oita Prefectures top craftsman, were all at once beautiful works of art, practical daily items, and useful tools. One was a strainer — the woven bamboo was so shiny it almost looked like plastic. I picked up a stunning woven bamboo bag and was surprised by how light it was.

The bamboo grown in Oita Prefecture is said to be particularly well suited to such craftwork. This, apparently, is why bamboo weaving technique in Beppu has surpassed that of other parts of Japan for many centuries. 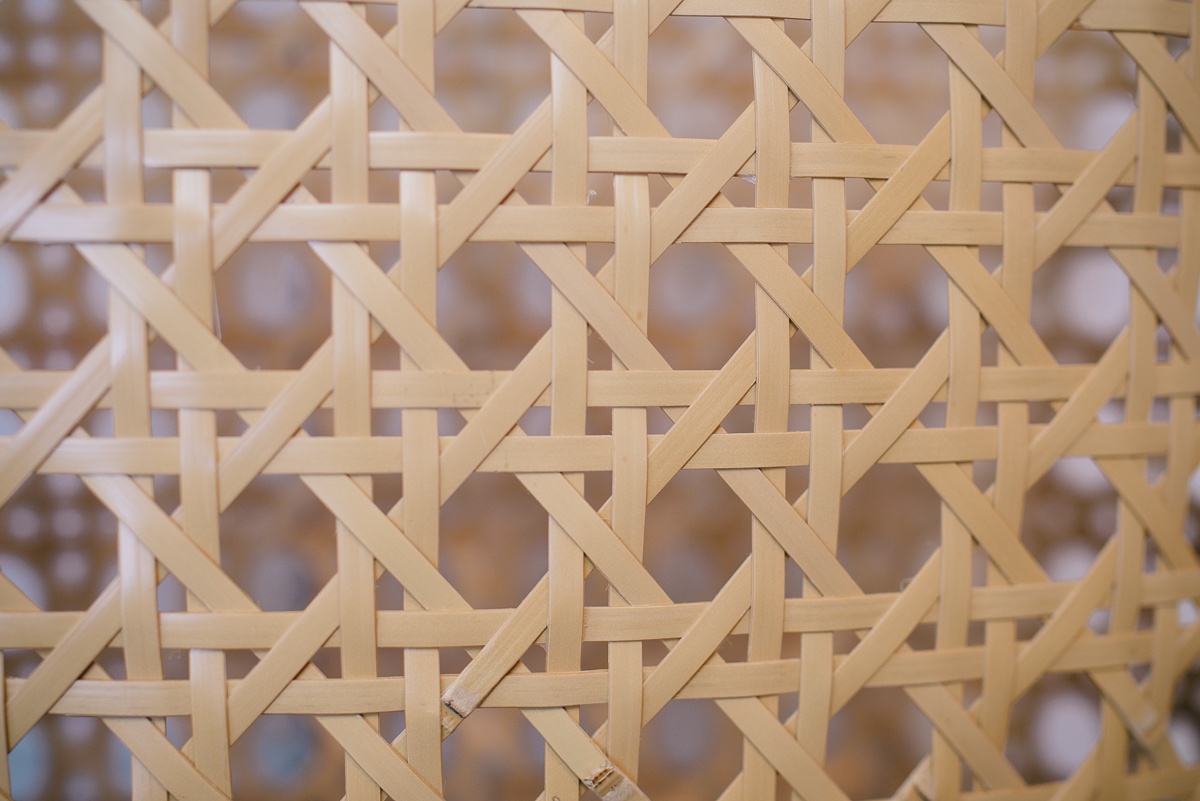 While each item is delicate and extremely lightweight, you can drop them and step on them and they’ll be fine. Walking around the gallery and holding many different bamboo craft objects in my hands, I soon felt entranced by the beauty and appeal of these crafts. Mukai-san said that some people become so charmed by certain items, that they’ll even end up buying one of the really expensive ones.

Suddenly a glass case full of incredibly detailed bamboo craft objects caught my eye. I checked the price and couldn’t believe that some of them were over 1,000,000 yen! “Everybody looks at these and goes ‘hmm’, but of course no one ever buys them,” said Mukai-san, grinning boyishly.